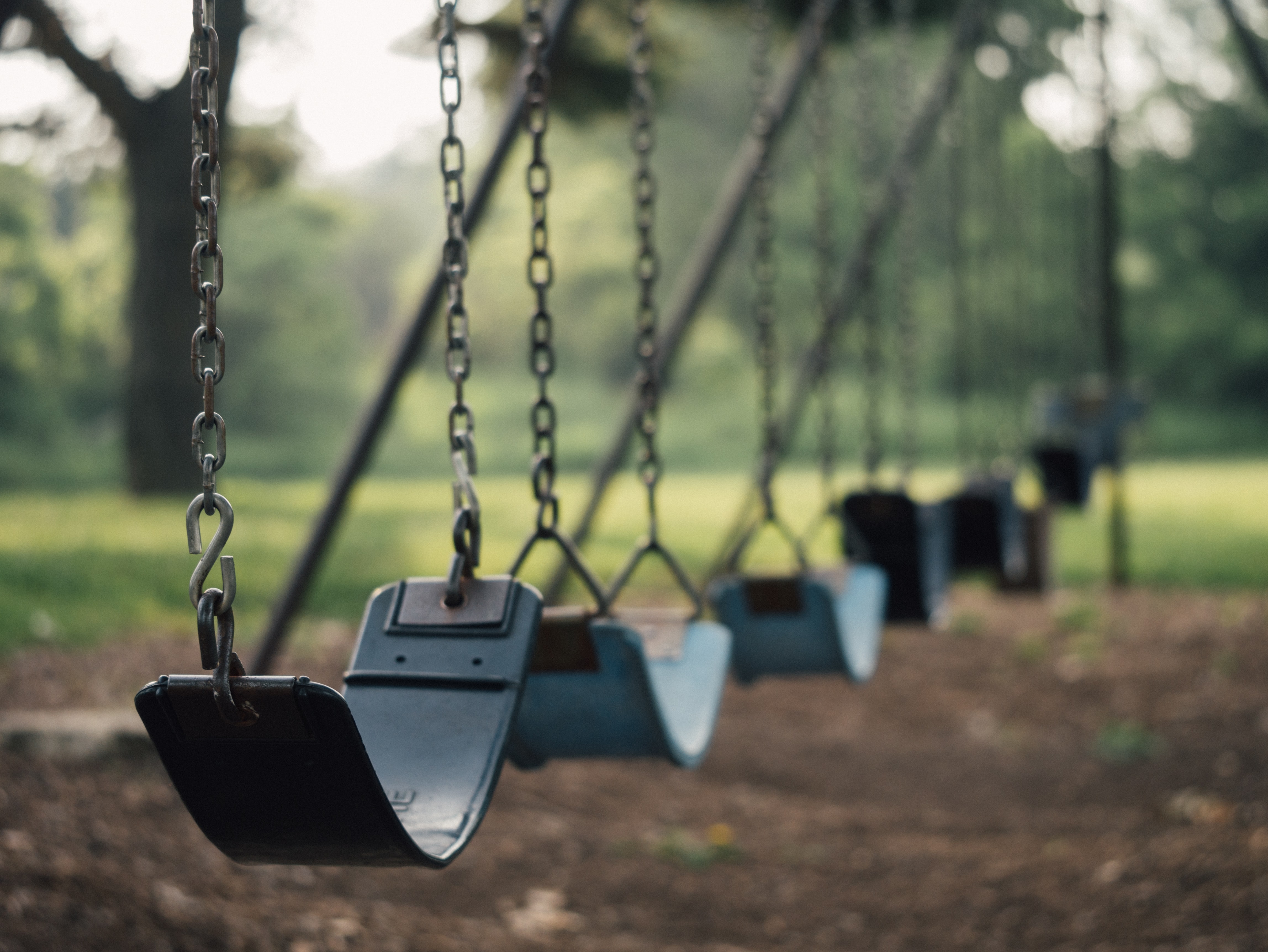 He sat alone on the park bench. He seemed worried. He worried that his mother worried. He was going to turn forty in a month and he hadn’t found a partner for himself. But he wasnt too worried. He would have been if he thought about things. But he wasn’t much of a thinker. Or a worrier. He wasn’t much of anything.
She sat a few benches away, alone. She seemed worried too. She had just gotten divorced. She had stopped by at the park on the way home after signing the papers. She was a needy person. She had to find someone. Soon. She looked around and saw him. She tried to check if he had a ring on his finger. She was desperate. She didn’t want to go home alone. She concluded that he was single, decided to try her luck and started walking towards him.
A few yards away a dog was sniffing; Something in the wind had caught its interest. Soon, he found what he wanted and began to run in that direction.

A dog had bitten her when she was ten. The bite and the injections that followed had been painful and scary. That episode had left her with cynophobia, the fear of dogs. So when she saw the dog running, she thought it was running at her. She could have stepped aside. But she wasn’t very bright. So she ran too. He looked up and saw her running. She was approaching him. He got up and held out his hand.

The samosa cart guy handed him his samosa. It smelled good. He decided to take a bite. She was getting closer, the dog following behind. Neither of them knew that Love was in the air.

Ashley Love, an adventure enthusiast had taken off from a cliff an hour ago. Love was paragliding and she was up in the air above them, about to touchdown. But unfortunately for all of them, Love wasnt very good at it. She was about to come crashing down on the samosa cart . She managed to avoid it but not completely. Just as he was about to bite into his samosa, Love’s leg kicked it out of his hand. The samosa flew in the air and hit the lady who was running. She tripped and began falling towards the ground. He turned just in time.

Just in time to see her hit her face to the bench and fall on the ground. She seemed dazed. Love had no idea that she had caused so much trouble. She had no idea about anything. Love was unconscious in a tree close by.

The samosa was being devoured by the hungry dog. She shook herself and got up. She saw that the dog was busy and decided to leave before the dog came after her again. She felt her face, something hurt. She looked around. And finally looked at him. She began approaching him. He held his hand out.

The cart guy handed him his second samosa and he was about to bite into it when he saw her. She was standing next to him. “Tooth” she said pointing to his feet. He looked down as he bit into his samosa. The chutney dripping from his chin. He couldn’t wait anymore, he was hungry.

He looked down and saw something white stuck amidst his shoelace. She picked it up, mumbled something and began to walk away. He couldn’t hear her, the samosa was too crunchy.

The dog looked up as she walked away and watched her go. The dog loved the samosa and came to the park everyday to get a few crumbs. Today he was lucky; he got to eat the entire samosa. He couldn’t understand why she ran ahead of him if she didn’t want the samosa. He had a few more crumbs to finish off. ‘Humans are stupid’, the dog decided and licked the last two samosa crumbs.

Writer View all posts by Divya

This work is licensed under a Creative Commons Attribution-NonCommercial-NoDerivs 3.0 Unported License.
Follow Collected Thoughts on Parenting on WordPress.com